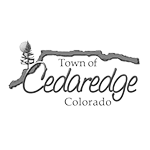 The Town of Cedaredge is governed by a Board of Trustees comprised of one mayor and six trustees who are elected at large to fill a four year term.

The current Mayor and Trustees (with their elected terms) are: 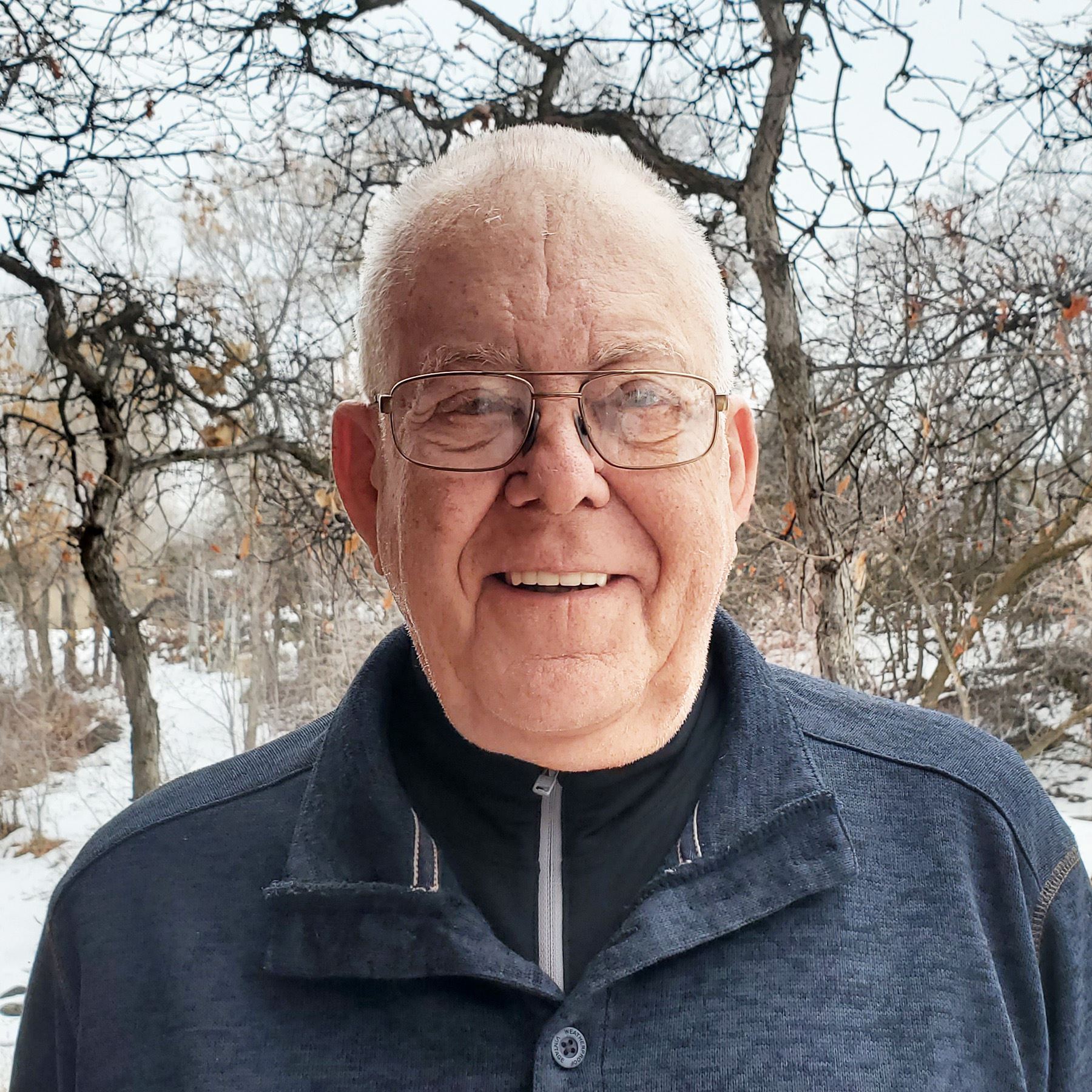 Richard Udd grew up at the family orchard a few miles west of Cedaredge. He earned a Bachelor of Science Degree in Electronic Engineering from California State Polytechnic College. A Master of Science Degree in Electrical Engineering from the University of California at Santa Barbara followed. He worked for Raytheon Company in Santa Barbara for 33 years holding several upper-level management positions including Division Technical Director. After retirement, Richard gained experience in municipal government as a member of the Board of Directors of the Santa Barbara Municipal Transit District where he served as Treasurer.

Richard returned to his Cedaredge roots in 2003 and immediately became involved in community service. He joined the Cedaredge Rotary Club and served as Treasurer and President and continues to serve as the Chairman of the Rotary Scholarship Committee. He is the founding Board Member and President of the Rotary Club of Cedaredge Foundation which funds the Community Christmas Dinner and scholarships for high school graduates.

He became a Board Member of the Surface Creek Valley Historical Society (SCVHS) in 2005. He has served that organization as President and continues to serve as Chairman of the Applefest Antique and Classic Car Show. Richard also serves as advisor to the SCVHS Board on infrastructure maintenance and capital improvements. Richard is a founding member of the Surface Creek Community Fund, which provides grant funding for community needs. 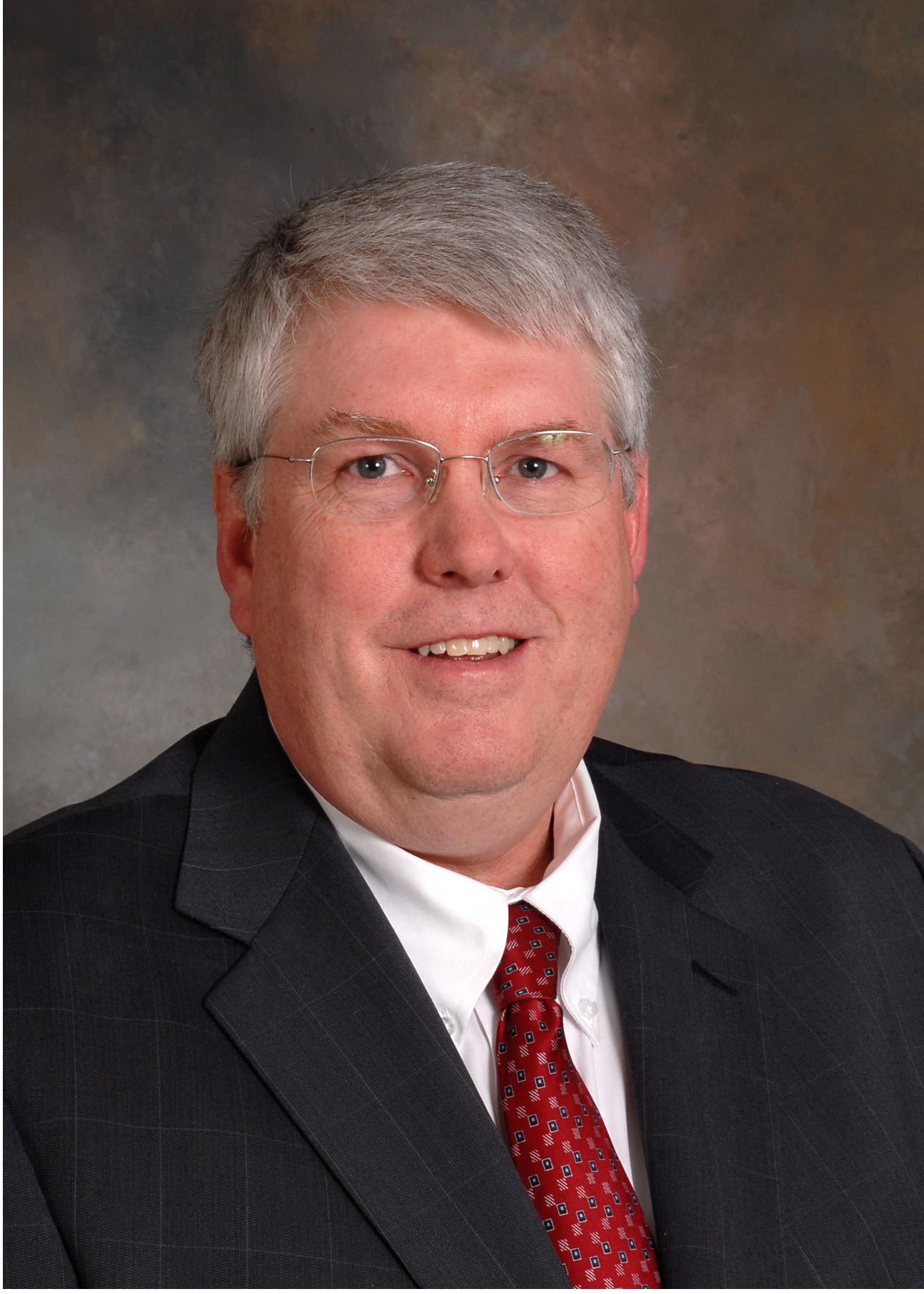 Jim is a third generation Coloradoan, born and raised in the Denver area. He and his wife Gretchen have made Cedaredge their home for the past 13 years. Jim and Gretchen are blessed with 6 children and 12 grandchildren scattered throughout the country resulting in some interesting travel opportunities to visit all of them.

Jim received his Bachelor of Science degree in Civil Engineering from the Colorado School of Mines and is a registered Professional Engineer in Colorado, as well as in several other states and the U.S. Territory of Guam.

He enjoys activities with his family and friends, traveling with his wife, exploring the outdoors, fishing, camping, and reading. 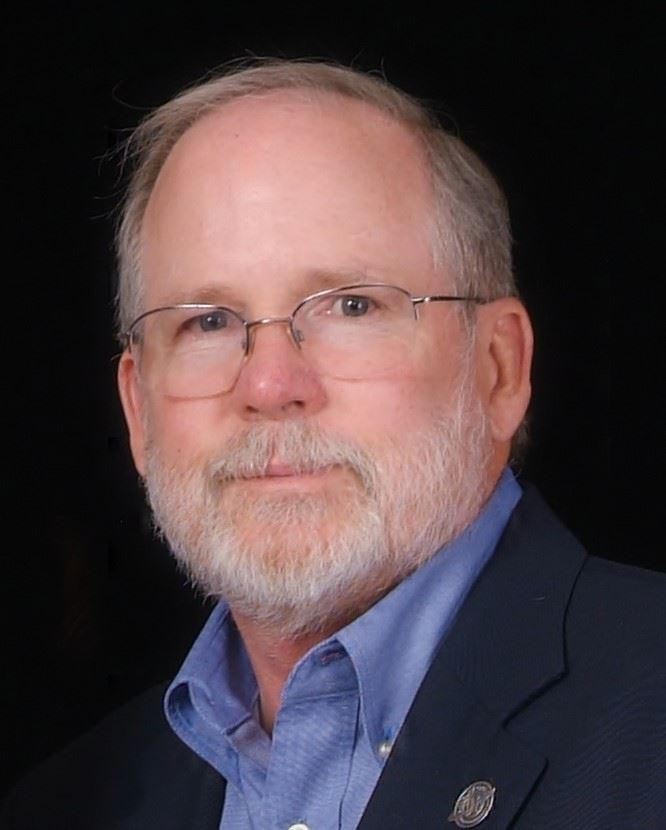 Michael "Mick" Murray was born, raised and worked in Southern California before relocating to Monument, Colorado in 2006. He and his wife, Vickie, discovered Cedaredge while on a long 4th of July road trip exploring Colorado's Western Slope. They purchased their Cedaredge home that same weekend and have been living here since 2017. Mick and Vickie have a blended family consisting of a son, who resides in Cedaredge, two daughters, one in Colorado Springs and one in Tennessee, and three grandchildren. His grandson is a senior at Cedaredge High School and a member of the wrestling team - Go Bruins! Mick earned a Bachelor of Arts degree in History at Sacramento State University while serving on active duty in the US Air Force. He majored in modern U.S., British and Soviet Union history. After receiving an Honorable Discharge from the US Air Force, he worked as an insurance agent and a working owner/partner in a chain of retail video stores in California.

Mick subsequently earned a certificate in paralegal studies from UC, Irvine. During his 30-year paralegal career, he has specialized in commercial landlord/tenant matters and commercial real estate development, as well as acquisition and management. He has also performed as a litigation manager in the residential mortgage servicing industry. Throughout his paralegal career, he has gained experience working and coordinating with municipal, county, and state regulatory agencies. In 2012 during a break in his employment, Mick took a contract position with CitizenLink, the political action arm of Focus on the Family, where he solicited, managed, and coordinated volunteers for Focus on the Family's 2012 get out the vote campaign. Mick's interest in municipal government began after attending the Monument, Colorado Police Department's Citizens Academy.

He enjoys activities with his family and friends and exploring the outdoors with his wife and two dogs in their truck and travel trailer. He believes he has found the jewel of Colorado's Western Slope – Cedaredge! 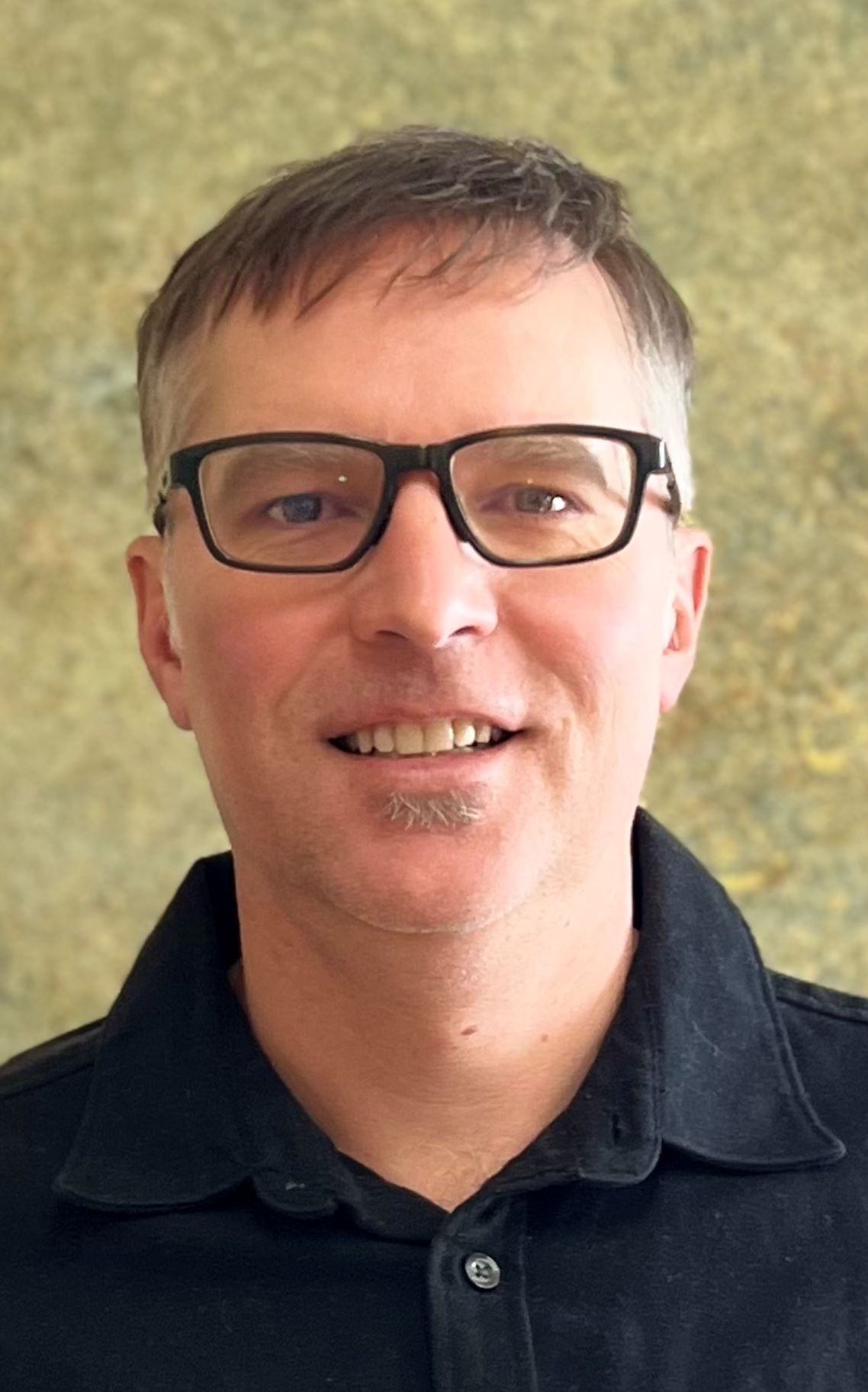 Tim Hawbaker moved to Cedaredge in 2016 along with his wife Christin and their three children, Ezra, Elliyah and Judah. Tim and Christin are the owners of Millennium Wellness which is a Medicare-approved medical clinic that offers acupuncture, massage therapy, and natural healthcare to seniors, veterans, and residents of our community.

Tim is a Family Nurse Practitioner and a Licensed Acupuncturist. He worked for three years at Delta County Memorial Hospital (Delta Health) before joining his wife full time at Millennium Wellness in 2020.

Tim is an active member of the Cedaredge community. He has served on the Cedaredge Economic Development Advisory Committee, as well as on the board of the Cedaredge Area Chamber of Commerce. Tim and Christin are members and supporters of the Grand Mesa Arts Center. They are also members of New Hope Evangelical Free Church of Cedaredge.

Tim enjoys many of the outdoor activities that Cedaredge and the Grand Mesa have to offer, including snowboarding, cross-country skiing, golfing, hiking, and fishing. Tim also volunteers as a coach for his son’s youth soccer team. 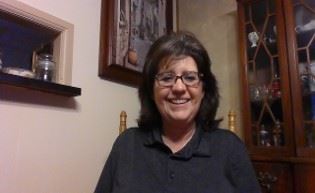 Tracy is married to Bob Gist, and has an adult son, Michael. She is a Colorado native and a lifelong resident of Cedaredge, where she graduated in 1990.

After graduating, she spent several years waitressing and cooking in various local restaurants. The past 16 years were spent managing the bakery and deli departments at Cedaredge Food Town, which she enjoyed very much, but it was time for a change. For the past two years she has been employed by the Delta County School District managing the Cedaredge Middle School cafeteria. She enjoys serving the young people of our community breakfast and lunch on a daily basis.

On her off time, Tracy and her husband enjoy camping, four-wheeling, playing horseshoes, cornhole, shooting pool and throwing darts. 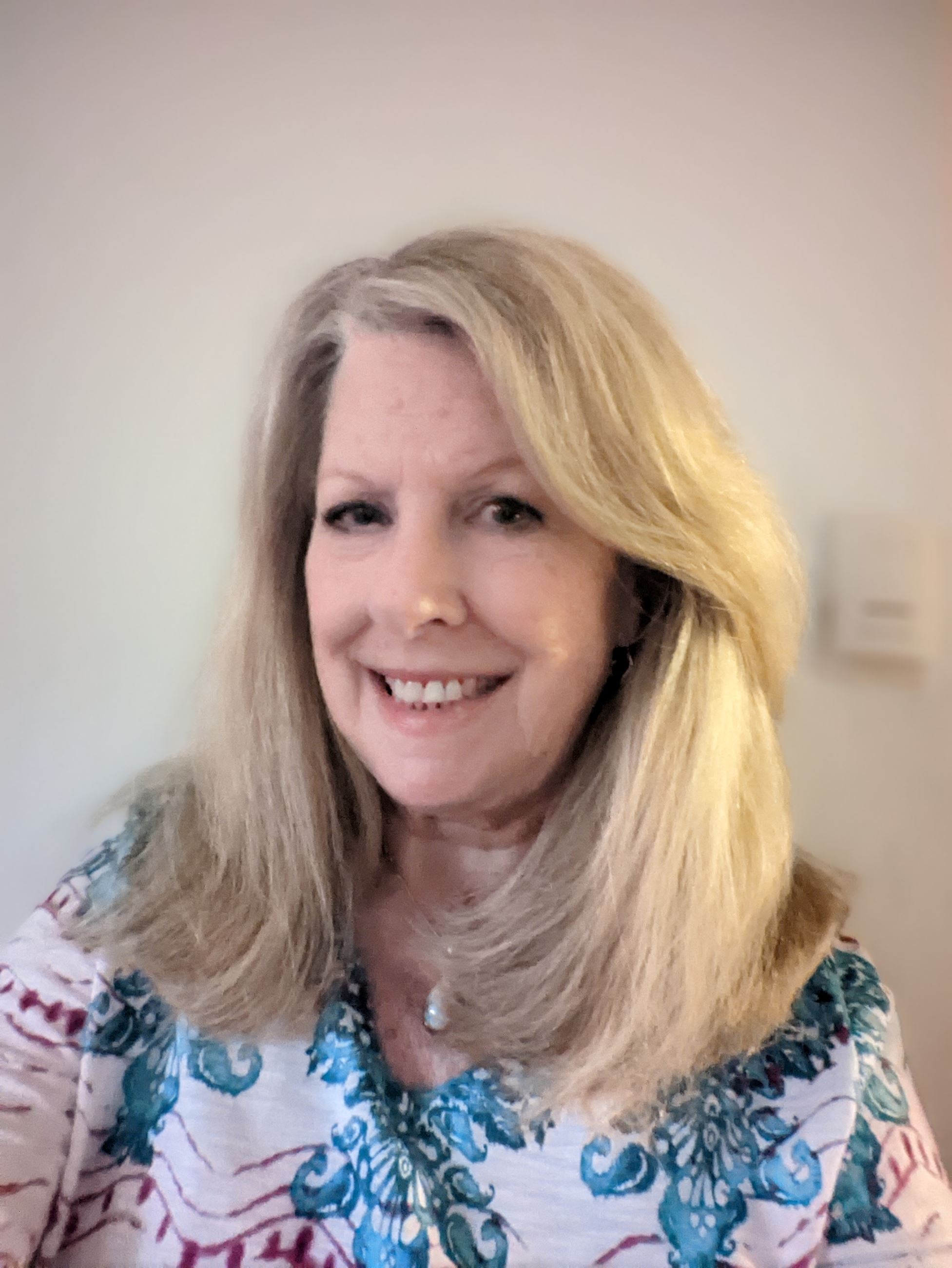 After attending the University of Wisconsin, Kathy married Jeff Hirschboeck and moved to Steamboat Springs, Colorado, where she worked at waitressing and bartending, while Jeff ski patrolled and ran heavy equipment. Years later, Kathy worked as the Group Sales Manager for the Steamboat Ski and Resort Corporation, Advertising Manager Steamboat Pilot and Today newspapers and Marketing Director for a large management company.

She and her husband fell in love with Cedaredge upon visiting in 2007, and moved to Cedaredge to semi-retire shortly thereafter. Upon making Cedaredge their new home, Kathy served on the Cedaredge Golf Course Advisory Committee, Deer Creek Village HOA Board and President, the Legislative Committee for the Colorado Board of Realtors, the Delta County Tourism Cabinet, and currently serves on the Surface Creek Animal Shelter Board of Directors.